HoroscopeView » Venus Retrograde 2023 Dates & Everything You Need to Know

In 2023, this planet’s Retrograde motion duration is 43 days. 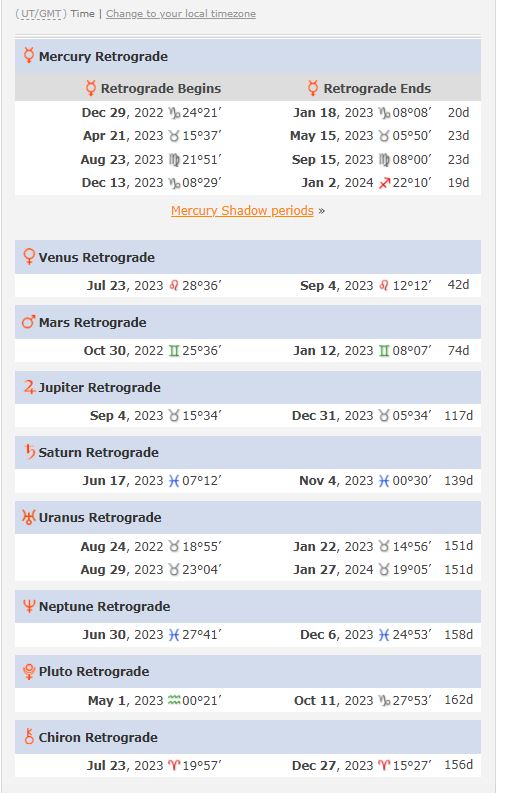 The time when the Venus planet starts moving into forward direction (gaining its full speed and leaving retrograde zone takes some more time) is noted down during the calculations.

In sum, each retrograde zone has four points totally, These are namely, Shadow, Retro Station, Direct Station and Release.

We list only Retro Station and Direct Station for Venus planet.

Thanks for reading Venus retrograde details.