HoroscopeView » Full Moon in November 2022 – When is the Next Full Moon?

What is the name of the full moon in November 2022?

Full Beaver Moon is for 2022 November.

What is a full Moon?

A full Moon is, when the Moon appears and shows as a complete circle in the sky. We see it as a full orb as the whole of the side of the Moon facing to the Earth is lit up by the rays of the Sun.

The Moon produces no light (visible) of its own. Therefore, we see only the parts of the Moon. You can see a small amount of moonlight coming from distant stars and the reflection of light from the Earth which is ‘Earthshine’. However, the primary source of the moon light is the Sun only.

As research said, the Moon appears in different shapes in the sky depending on its phase, from new Moon to full Moon via waxing and waning moons. These essential phases are decided by the relative positions of the Sun, Moon and the Earth planets.

If the Moon is located between the Earth and the Sun in its orbit, then the Moon’s back side is lit up and the side facing the Earth is in darkness. This process is called a “New Moon“.

If the Moon is located the opposite side of the Earth to the Sun, then the Moon’s near side will be fully lit up – a full Moon. 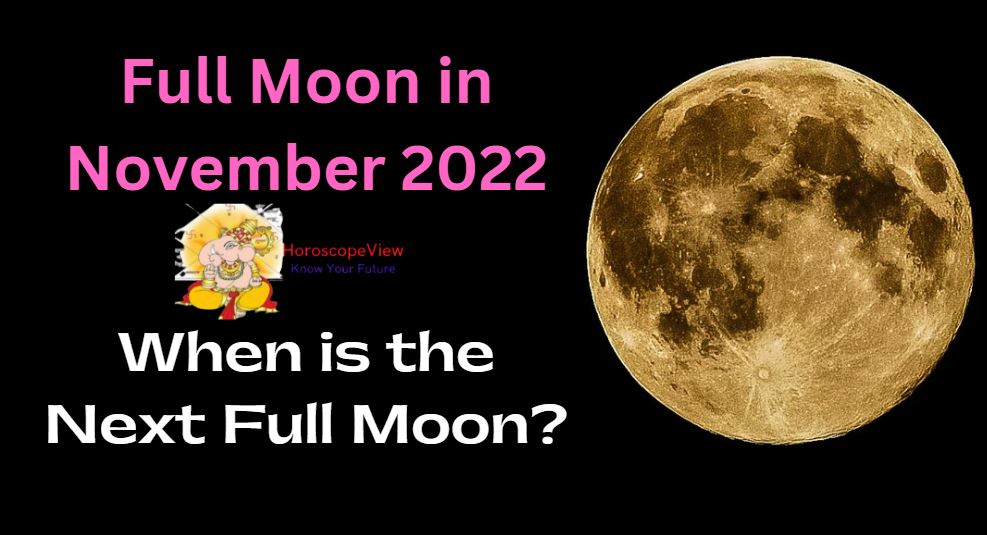 How often does a full Moon occur?

A full Moon occurs roughly every (29-30) 29.5 days. This is the time length that takes for the Moon to go through one whole lunar phase cycle.

Does a full Moon occur every month?

The Moon phases and 12 months of the year are very well linked. The word month even takes its root from the word moon.

A word – month originally mean to 29 OR 30 days. That is roughly equal to the 29.5 – day lunar cycle. However, some of the calendar months were later padded out with extra days, in order that 12 months may make up one complete 365-day solar year.

Our modern calendar isn’t very-quite with the Moon’s phases. There are some possibilities you will get more than one full Moon in a month. This type of moon is commonly name as a blue moon.

When is the next full Moon in the United Kingdom?

Check below the full Moon dates in 2022.

Why does a full Moon occur in the middle of the day?

Sometimes included in the table given shows full moons happening in the middle of the day. How can this be possible?

While we often see the Moon even during the day, it first seems odd to think of a full Moon occurring during day-light hours. However, here is a straight-forward explanation.

The primary reason for this is that the time refers to the exact moment when the Sun and the Moon align on opposite sides of the Earth. This moment is called the – syzygy of the Sun – Earth – Moon system, and it may happen at any time day or night.

The Moon will still look full either on the night time before or the evening after the exact moment of – Full Moon.

According to Earthsky, these are common moon names for full moons south of the equator.

Thanks for reading and sharing this guide about full moon date for November 2022. I hope you might have enjoyed reading this article.

We will keep you update with all full moon date on a regular basis.