Numerology seeks to establish a bond and relationship between numbers and other physical objects or living things. Numerology originated during the time of Pythagoras, in Ancient Babylonia. In China, the complete study of numerology became widespread. Numbers have deep significance and importance for the Chinese. They believe that numbers have a magical power, quality, through which they can affect human life, daily life events and destiny. 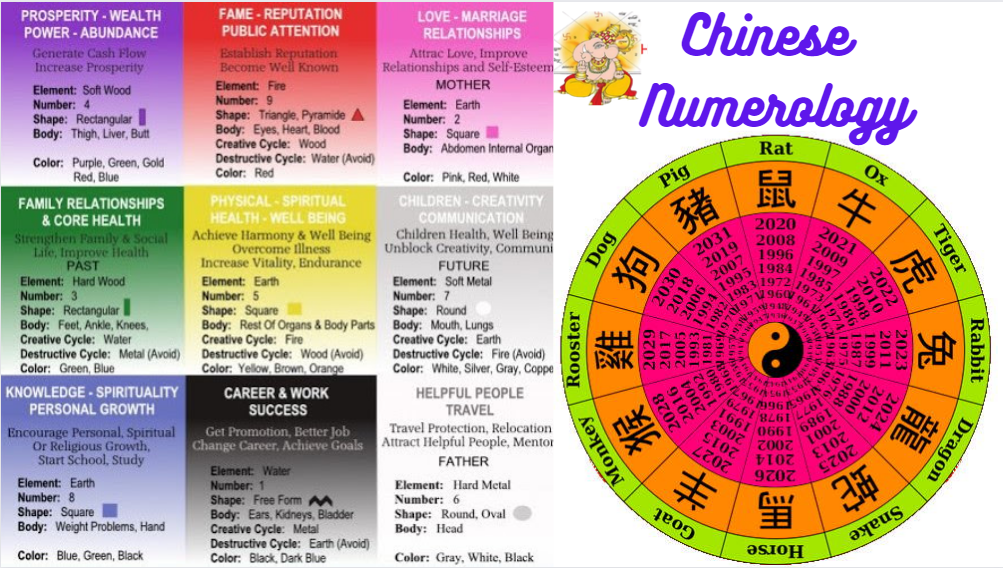 The Chinese concept of numerology is completely shared with other cultures, natures and is based on mystical as well as I-Ching culture and traditions. The common premise is that certain numbers are associated with good, bad and good or evil. The element that makes numbers positive, negative, good or bad in Cantonese is the punning and word play possible in a many-tone language in human life.

The Elements of Chinese Numerology

According to Chinese astrology, the universe is made out of 5 basic elements: wood, fire, earth, metal, and water. Each of these basic elements is bestowed with a specific characteristic and nature

Characteristics of the Elements of Chinese Numerology

Fire is the element of enthusiasm, activeness and motivation and is denoted by the number 9. This element has the magical quality of being able to reveal the truth and reality by bringing things to light.

Earth is the element that will give people stability and confidence in their lives and help them to reach their dreams and goals. Considered to be an element that enhances your determination and dedication it is denoted in numerology by the numbers 2, 5, and 8 numbers.

Metal is associated with riches, expense and valour. This is denoted in numerology by the numbers 6 and number 7. It means to empower you to stand up for your beliefs.

Water is associated with the ability and skill to break down boundaries by communication. This is an energetic and powerful element that can help in removing stumbling blocks and paving the way for better things in your life. Water is denoted by the number 1 in Chinese numerology.

Chinese Numerology 2003 – The Meaning Behind the Numbers

Learn more about the meanings and messages of Chinese numerology:

The Chinese number 1 is considered a neutral number, however, it represents being single, as in Singles’ Day -a special day for those not in a relationship, which is celebrated on 11 / 11. Single things are avoided in dates, awards and gifts related to relationships and weddings because it goes against the symbol of partnership or relationship.

The Chinese number 2 is a positive number. A famous Chinese proverb says, “Good things come in pairs only.” When items are purchased for your home, for example, people often try to buy a pair for balance and good meaning.

In Cantonese, the word for “2” sounds like the word “easy” as in something you gain with little effort and hard work. However, this interpretation holds true for unfortunate situations. So people avoid the number 2 in unhappy situations to minimise a repeat of another unfortunate event.

The Chinese number 3 is an unlucky number in relationships as per Chinese horoscope. In Mandarin, the 3 number sounds like the word “apart,” so it’s bad luck accordingly, if it involves weddings, love or romance in general. However, apart from circumstances regarding relationships, the number 3 is considered neutral or even positive.

The Chinese number 6 is a very lucky number. It represents a smooth road, happiness or being in a good “flow.” When a person, especially a business, wants to be more successful, profit and create more harmony and happiness in the workplace. They look for easy and great ways to integrate the number 6 into the work environment or important dates.

The Chinese number 7 is seen as a negative number when it comes to relationships as per Chinese astrology. For example, If you see, weddings typically do not happen in July, the 7th month, because July month is the Ghost Month. The association with death signifies the ending of things rather than the beginning or new venture. So people do not like to start new business during this time of year.

The Chinese number 8 is an extremely lucky number in Chinese numerology 2023. It represents prosperity, happiness and completeness. The number 88 in Chinese culture is really very popular because of the double 88s. Also, its visual similarity to the sign for double happiness. 囍.

The Chinese number 9 is a very lucky number. It’s such a strong and energetic symbol that in art, things are frequently grouped in 9s. Emperors’ robes had 9 -dragons embroidered on them to represent an enduring kingdom. 9 represents being complete and eternity.

How to Find Chinese Numerology Number? 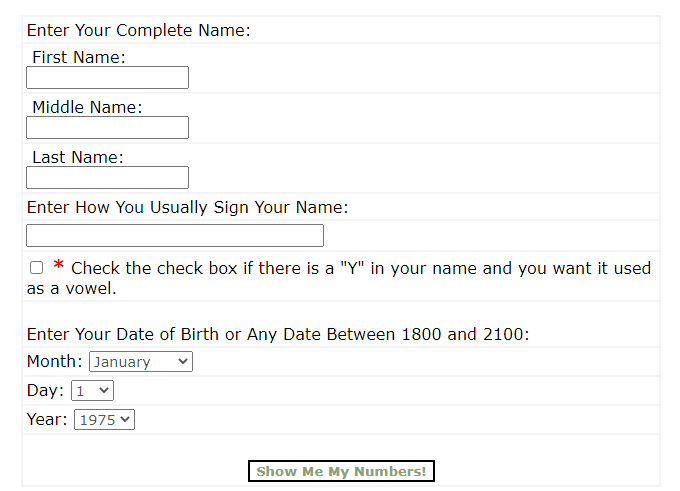