Chinese zodiac years start / and / end at Chinese New Year (in January / February). Generally, each year in the repeating zodiac cycle of 12 years is represented by a zodiac animal, each with its own reputed attributes, nature and personality.

Chinese natives believe that a person’s horoscope, personality, characters, natures and love compatibility are closely associated with his or her Chinese zodiac sign, determined by his or her year of birth.

For the starting date of a Chinese zodiac year, there are two schools of thought in Chinese astrology. Those are, Chinese New Year or Start of Spring.

Chinese New Year, day 1 of the Chinese lunar year, that falls somewhere in the period January 21st to February 20th.

The Start of Spring is the 1st day of the 24 Solar Terms, beginning on 3rd or 4th February.

Most Chinese natives use Chinese New Year as the start of the zodiac year. This is very popular in Chinese astrology predictions.

Only traditionalists, cultures and professional astrologers use the first solar term.

Chinese zodiac animals have astrological signs and cultural meanings. The Chinese people associate each animal zodiac sign with certain characteristics and personalities. It’s a believe that people who are born in a given year have the personality of that year’s animal. 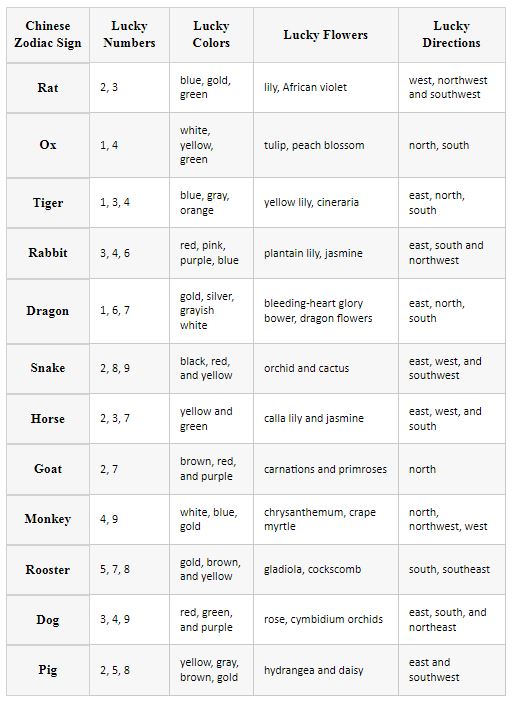 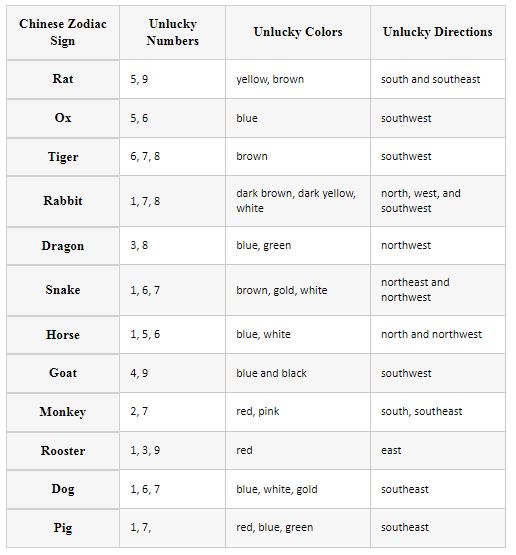 The 2023 year is a year of the Rabbit. Click the animal signs below to learn about each Chinese zodiac horoscope in 2023.

People who are born in a year of the Rabbit are called “Rabbits” and are believed to be vigilant, quick-minded, ingenious and witty.

The most compatible zodiac signs for Rabbits zodiac are Goats, Dogs, and Pigs zodiac signs.

What zodiac animal signs are lucky in 2023?

Then, with not quite so much luck zodiacs are, come Dogs, Horses, Goats, and Pigs.

Rabbits’, Rats’ and Snakes’ zodiacs fortunes will be influenced by ‘opposition to Tai Sui’.

Roosters and Monkey zodiac signs will have to work especially hard to make headway.

2023 year is the benmingnian (本命年 ‘origin of life year’) for those people who are born under the Rabbit zodiac sign.

In Chinese zodiac culture, the top 5 luckiest and the most popular zodiac signs are Dragon, Snake, Pig, Rat, and Tiger zodiac sign conventionally.

There is a popular Chinese friend saying that 9/10 Goats are inadequate, which implies that most people born in a year of the Goat are for bad luck of themselves.

Most Chinese natives also believe that people born in a Goat year will grow up to be followers rather than leaders. Although this is an outdated superstition zodiac animal or sign, it has a real effect on Chinese society according to the zodiac horoscope.

Rationally, it’s really very hard to identify the luckiest or unluckiest zodiac signs, as each zodiac sign has its own advantages, characters, personalities and disadvantages. Socially, different combinations of zodiacs cause different relational dynamics, which may affect and impact someone’s life more, as we don’t live in isolation.

Intellectual, learned and scholarly Rabbit zodiac natives are more likely to enjoy a good career as well as wealth. With a pair of dexterous support hands, Rabbits have a gift for calligraphy, painting, and cooking career.

The best careers for Rabbit year are in the fields of cultivation, breeding, religion, education, medicine, health care, police/judiciary work, culture and politics.

Good Health for the Rabbit

Overall, Rabbits have average health during this year 2023.

Rabbits, in winter to late spring season, when in relatively poor health, you should do more sports and games to prevent colds and other infectious diseases, and you must have a healthy daily diet. You are highly advised to do some indoor exercise to cope with stress and tension.