HoroscopeView » When is the Next Blood Moon Total Lunar Eclipse?

Find below are the Next Blood Moon Total Lunar Eclipse. 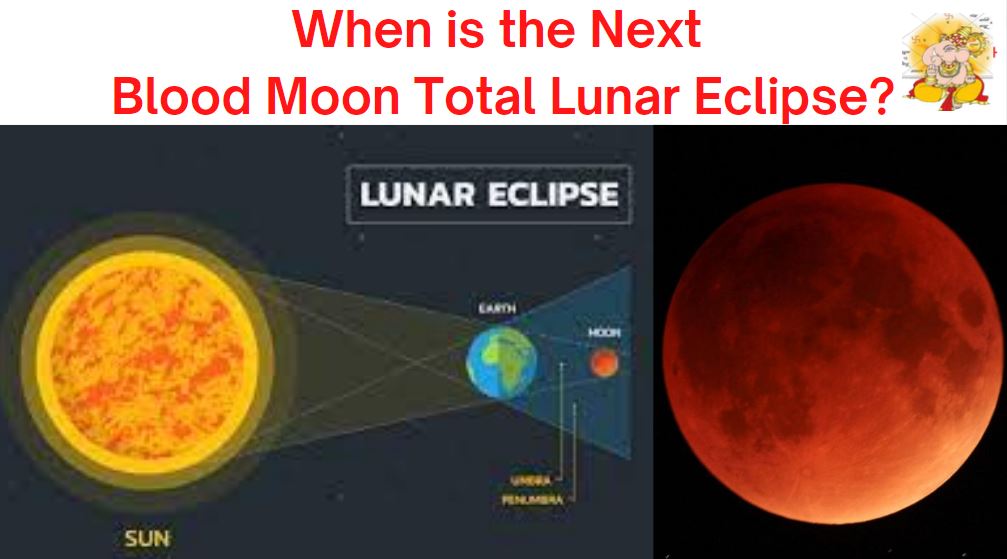 When is the Next Blood Moon Total Lunar Eclipse?

According to NASA, Total lunar eclipses come in triads, or groups of three.

There’s then a year off before another three dates for Blood Moon.

Why is it called a blood moon?

NASA explains the phenomenon that During a lunar eclipse, the Moon turns red color because the only sunlight reaching the Moon passes through the Earth’s atmosphere.

The more clouds and dust in Earth’s atmosphere during the eclipse, the redder the Moon will appear.

A total lunar eclipse is called (sometimes) a Red Moon or Blood Moon, because of the reddish tinge the Full Moon takes on when fully eclipsed. This term is also frequently used to describe four total lunar eclipses that occur in a row.

Why Are Blood Moons Red?

Blood Moon is not a scientific name or term. However, in recent times it is being widely used to refer to a total lunar eclipse as a fully eclipsed Moon often takes on a reddish color.

As we know that a total lunar eclipse happens when the Moon travels through the Earth’s umbra and it blocks all direct sunlight from illuminating the Moon’s surface.

However, some sunlight still reach the lunar surface indirectly, via the Earth’s atmosphere, bathing the Moon in a reddish, orange glow or yellow.

As the Sun’s rays pass through the atmosphere, that may cause some impacts. Some colors in the light spectrum towards the violet spectrum, those are filtered out by a phenomenon called Rayleigh scattering.

This is the same mechanism that causes sunrises and sunsets. Red wavelengths are least affected by this lunar red moon effect.

Therefore, the light reaching the Moon’s surface has a reddish hue or color, causing the fully eclipsed Moon to take on a reddish color.