HoroscopeView » Moon Phase 14 January 2023 – What is the Moon Phase for Today?

Moon Phase: January 14, 2023 – Today moon phase 14th January, 2023, the Moon will be in a Waning Gibbous. During this moon phase the Moon can be seen in the early morning day-light hours on the western horizon. This is the first moon phase after the Full Moon happens.

It lasts roughly 7 -days with the Moon’s illumination growing smaller every day until the Moon becomes a Last Quarter Moon with an illumination of 50% percentage. The average Moon rise for this moon phase is between 9 P.M and Mid-night depending on the age of the phase. The moon rises later each night setting after sunrise in the morning.

On January 14 the Moon is 21.58 –days old. This means to how many days it has been since the last New Moon. It takes 29.53 –days for the Moon to orbit the Earth and go through the lunar cycle of all 8 Moon phases. 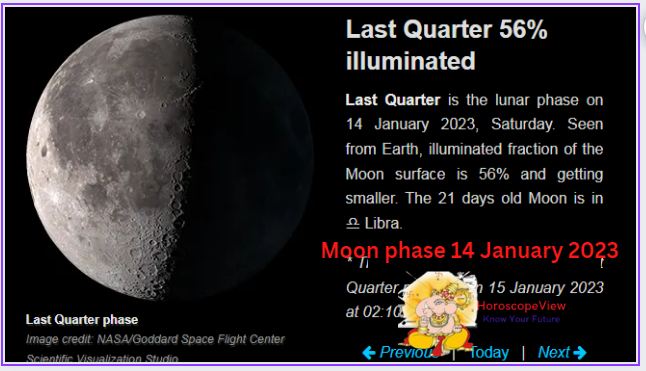 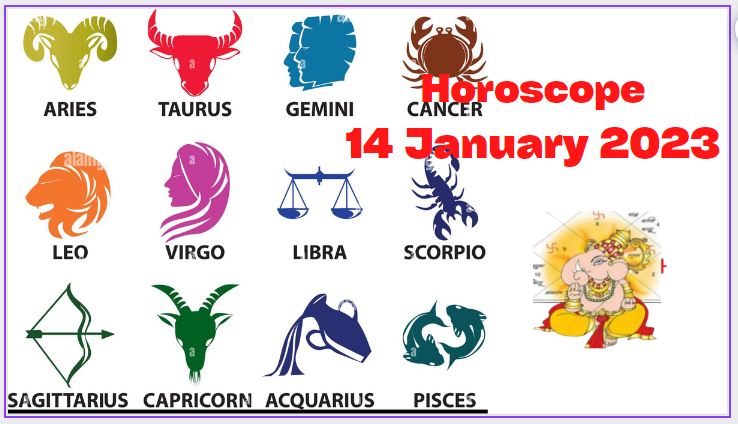 Moonrise and moonset – Moon rises at mid-night and sets at noon. It is clearly visible to the south in the morning.

Moon is passing about ∠17° of ♎ -Libra tropical zodiac sector.

Lunar disc appears visually 5.5% percentage narrower than solar disc. The Moon and the Sun apparent angular-diameters are ∠1846″ and ∠1951″.