HoroscopeView » Moon Phase 13 January 2023 – What is the Moon Phase for Today?

Today January 13th the Moon will be in a Waning Gibbous. During this phase the Moon can be seen in the early morning day-light hours on the western horizon. This moon phase is the first moon-phase after the Full Moon occurs. It lasts roughly 7-days with the Moon’s illumination growing smaller each and every day until the Moon becomes a Last Quarter-Moon with an illumination of 50% percentage.

The average Moon-rise for this phase is between 9 P.M and Mid-night depending on the age of the phase. The moon-rises later and later each night, setting after sunrise in the morning. 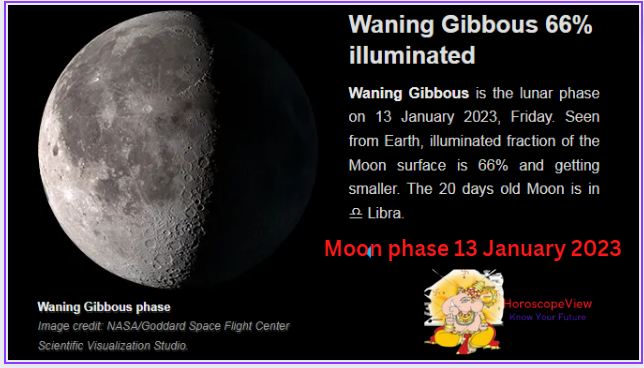 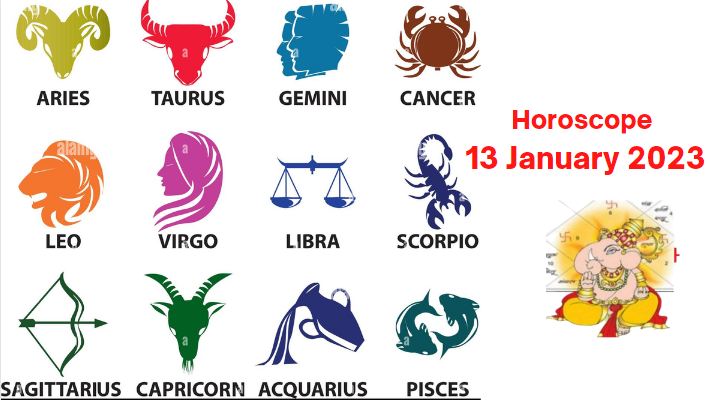 The Waning Gibbous on 13th January has an illumination of 66%. This is the % -percentage of the Moon illuminated by the Sun. The illumination is changing and can vary up to 10% percentage a day.

On January 13 the Moon was 20.64 -days old.  It clearly means how many days it has been since the last New Moon happened. It takes at least 29.53 -days for the Moon to orbit the Earth and go through the lunar cycle of all 8 -Moon phases.

The Waning Gibbous is the lunar phase on January 13th, 2023, Friday. Seen from the Earth, illuminated fraction of the Moon surface is 66% and it is getting smaller. The 20 –days old Moon is in ♎ Libra.