Are the Zodiac Signs Real or Belief? Does Astrology really tell my future? Can a horoscope by date of birth predict my future? There are many questions around Horoscopes, Zodiac Signs and Astrology. But there are different opinions and beliefs about zodiac signs in astrology. In this horoscope review article, we’ll read more on is zodiac signs astrology real or fake or just a belief? Let’s get started.

Most People believe that Astrology is not fake and it has been ruined by the latest technologies, development and modern psychology. Astrology, horoscope and Zodiac Signs have more belief systems that show that there is a strong relationship between, astronomical phenomena and events (or) descriptions of personality in the human world.

According to the American Federation of Astrologers, over 70 million Americans read horoscopes daily.
A 20 years ago, Pew Forum on Religion & Public Life, did a lot of research and a study that 25% of Americans believed Astrology. In detail, they had beliefs that the positions of the planets and stars affect our daily lives.

In 2012, the General Social Survey found that 34% of Americans surveyed consider astrology to be “very” or “sort of scientific“. However, some people declare that astrology is not at all scientific.

In general, Astrology is defined as the belief that astronomical phenomena. Adding more than the stars overhead when you were born.

Also astrology states that the fact that Mercury is in retrograde, and it has effects and the power to influence the humans daily events, personality and personality traits.

However, this is definitely very strange from the study of astronomy, which is the scientific study of celestial objects, physics of the universe and space.

Magazines like “The Cut ” reported an increase of 150% more hits on astrology, zodiac and horoscope pages in 2017 than in 2016.

Definitely, many people are looking for ways to interpret the stars for predictions, suggestions and advice. However, Astrology is founded on understanding the stars and planets.

Is Astrology Ruined by Modern Psychology?

We have researched many articles to find if Zodiac sign astrology is real or fake. We came across an article and it claims that Astrology is real, not fake. Also, they added that astrology has been ruined by the modern psychology.

In the 19th century, Pop astrology was born. In the 1890’s, esoteric Alan Leo in England said the notion that your sun sign indicates your character. He was a team member of the Theosophical Society.

Leo justified his simplification of astrology as serving humanity’s spirituality to the next level toward betterment.

The popularity of the sun-sign astrology continued to grow through newspaper columns in the first half of the 20th century.

Astrology has a belief system that there is a relationship between astronomical phenomena and human life events. However, Astrology has been rejected by the science or scientific community as having no explanatory power for describing the universe.

Also they claim that the Scientific testing has found no evidence to support the premises or purported effects outlined in astrological traditions.

The most famous test was headed by Shawn Carlson with a committee of scientists and a group of astrologers. The conclusion was that natal astrology performed no better than chance.

Astrologer and psychologist Michel Gauquelin claimed the birth dates of athletes have the Mars effect. However, it could not be replicated in further research and studies.

Modern scientific inquiry into horoscopes, astrology and zodiac signs is primarily focused on drawing a correlation between astrological traditions and the influence of seasonal birth in humans. 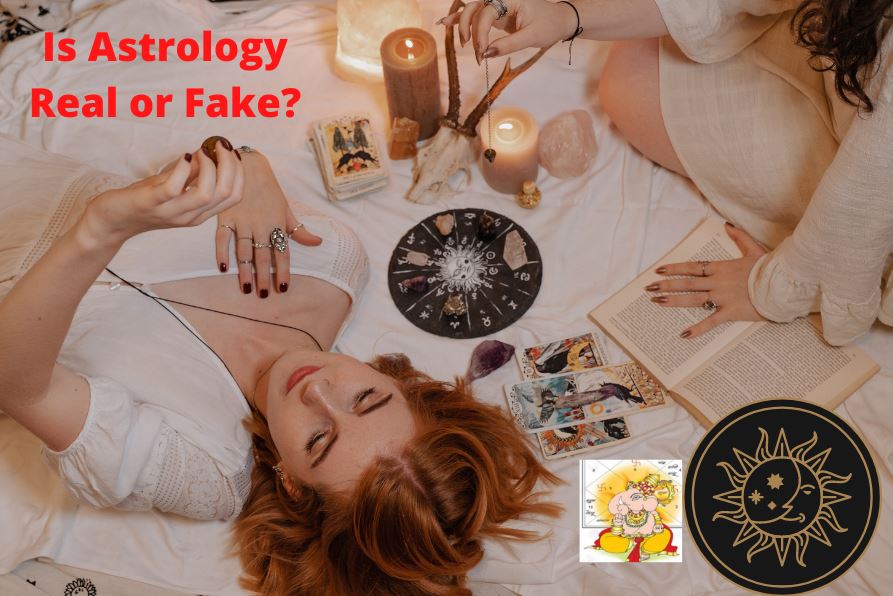 There are many reports that led to the confusion of astrology with astronomy. If you have no idea what this is, Astronomy is the scientific study of celestial objects.

The spelling and the closeness of the two words led to the big confusion. However, the words varies depending on the language.

However, a simple description of astrology as an “occult influence of planets, stars and more.

The belief that astrology was very scientific was – 26% while that of horoscopes was 7%.

Is Astrology True or False?

There is much research and historical evidence that shows that astrology has been regularly used for over the last four thousand years.Still, astrology remains very popular today.

Astrology can be defined as the study of stars and planets and the relative positions and movements of celestial objects. It clearly means understanding and predicting human affairs and terrestrial events.

However, many researches and tests provided the over 70% of the Americans believed in Astrology. Also, almost most of the countries in the world believe Astrology predictions and they follow this traditional method for a long time.

It is all up to you to decide whether horoscope is legit or scam or fake to stay away. With the help of latest technologies, yo can get your free astrology predictions online. We always advice our readers to believe your hard work and dedication to grow.