HoroscopeView » 7 January Birthdays & What is Special On this Day Jan 7?

7 January Birthday – In this post, you will read all about the 7 January born famous personalities, celebrities and popular events.  In this article, you will get more information about Special days in January 7, Distaff Day, Harlem Globetrotter’s Day, I Am a Mentor Day, I’m Not Going To Take It Anymore Day, Mahayana New Year and more.

Let’s ready to read all about 7th January Birthdays & Why January 7 is a Special Day? 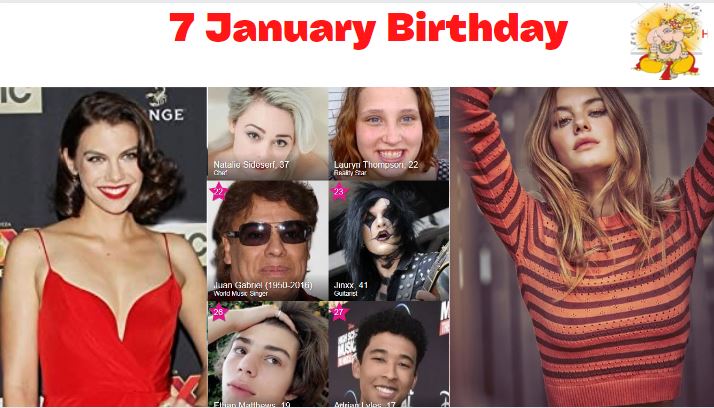 On This Day January 7

What Happened On This Day – January 7th

What is the zodiac for January 7?

We have provided all information that are related to 7 January birthday born in terms of popular celebrities birthday, historical events, zodiac traits for the people born on this day.

Thanks for reading and sharing January 7 famous birthdays and historical events related.