HoroscopeView » 4 February Birthday & What is Special On this Day Feb 4?

4 February birthday – In this post, you will read all about the 4 February born famous personalities, celebrities and popular events.  In this article, you will get more information about Special days in February 4,  Angola Liberation Day, Create a Vacuum Day, Facebook’s Birthday, Farmer’s Day and more.

Let’s ready to read all about 4th February Birthdays & Why February 4 is a Special Day?

February 4 is the 35th day of the Gregorian Calendar year. There are 330 days remaining until the end of the year (331 days in leap years).  Let’s see more about 4 February birthday natives. Here are some of the popular people celebrating birthdays Feb 4, including,  Alice Cooper, Gavin DeGraw, Natalie Imbruglia, Rob Corddry, Clint Black, Gabrielle Anwar, and more. 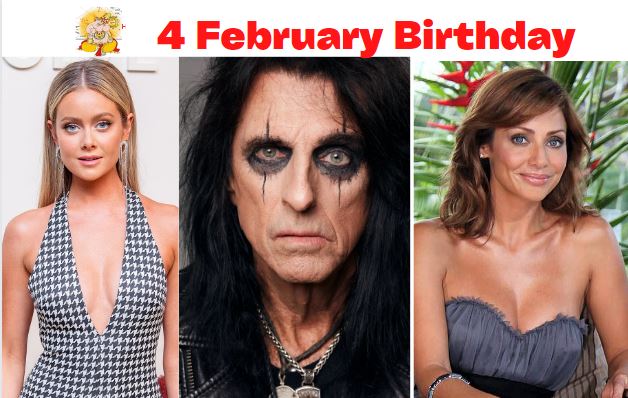 On This Day February 4

What Happened On This Day – February 4th,

Births On This Day, February 4th

Deaths On This Day, February 4, 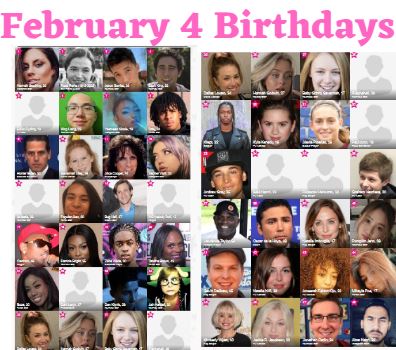 What is the zodiac sign for 4th February Born?

We have provided all information that are related to 4 February birthday born in terms of popular celebrities birthday, historical events, zodiac traits for the people born on this day.

Thanks for reading and sharing February 4 famous birthdays and historical events related.