HoroscopeView » 28 December Birthdays & What is Special On this Day Dec 28?

28 December Birthday – In this post, you will read all about the 28 December born famous personalities, celebrities and popular events.  In this article, you will get more information about Special days in December 28, such as Card Playing Day, Holy Innocents Day, National Call a Friend Day, National Chocolate Candy Day, National Download Day and more.

Let’s ready to read all about 28th December Birthdays & Why December 28 is a Special Day?

December 28th is the 362nd day of the year and 363rd day in leap years in the Gregorian calendar. It has 3 days remaining until the end of the year. Here are some of the popular people celebrating birthdays Dec. 28 today, including Maggie Smith, London Goheen, John Legend, Joe Manganiello and more.

On this Day December 28

On this day today December 28th,

1836 – On this day, South Australia becomes a British colony. 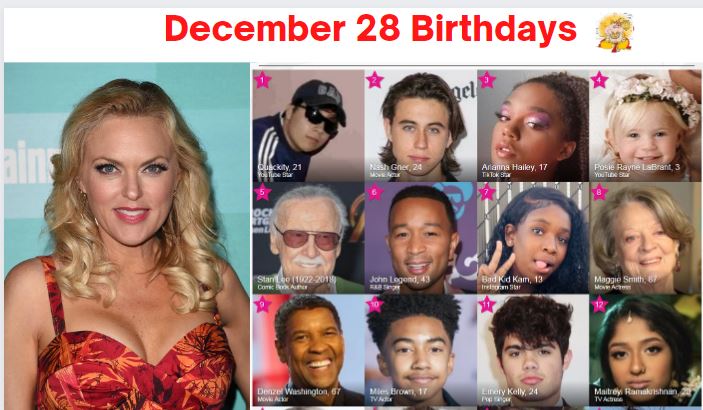 What is the zodiac for December 28?

We have provided all information that are related to December 28 birthday born in terms of popular celebrities birthday, historical events, zodiac traits for the people born on this day.

Thanks for reading and sharing December 28 famous birthdays and historical events related.