HoroscopeView » 27 February Birthdays & What is Special On this Day Feb 27?

27 February birthdays – In this post, you will read all about the 27 February born famous personalities, celebrities and popular events.  In this article, you will get more information about Special days in February 27 including, Anosmia Awareness Day, Clean Monday, Dominican Republic Independence Day,
International Polar Bear Day, National Albert Day, National Kahlua Day and more.

Let’s ready to read all about 27 February Birthdays & Why February 27 is a Special Day?

February 27 is the 58th day of the Gregorian Calendar year. There are 307 days remaining until the end of the year (308 days in leap years).  Let’s see more about 27 February birthday natives. Here are some of the popular people celebrating birthdays Feb 27, including, James Worthy, Barbara Babcock, Johnny Van Zant, Lindsey Morgan, Noah Emmerich, Chelsea Clinton and Timothy Spall. 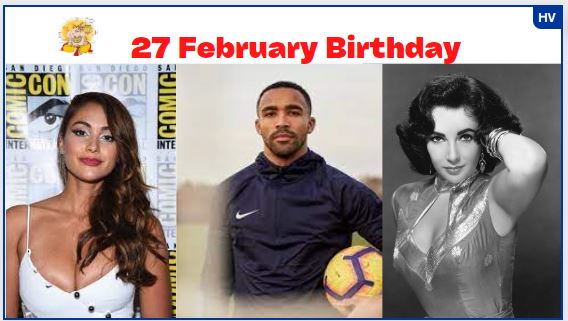 On This Day February 27

What Happened On February 27 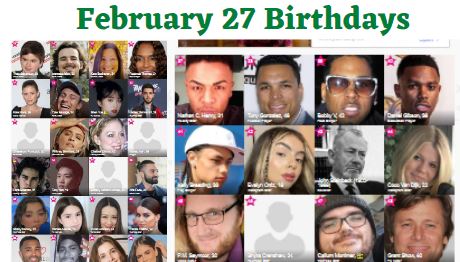 We have provided all information that is related to the 27th February birthday born in terms of popular celebrities birthday, historical events, and zodiac traits for the people born on this day.

Thanks for reading and sharing February 27 famous birthdays and historical events related.