HoroscopeView » 26 January Birthdays & What is Special On this Day Jan 26?

26 January birthday – In this post, you will read all about the 26 January born famous personalities, celebrities and popular events.  In this article, you will get more information about Special days in January 26, Australia Day, Basant Panchami, Birth Anniversary of National Artist Napoleon Abueva, Clashing Clothes Day, Dental Drill Appreciation Day and more.

Let’s ready to read all about 26th January Birthdays & Why January 26 is a Special Day?

January 26 is the twenty sixth day of the Gregorian Calendar year. There are 339 days remaining until the end of the year (340 in leap years). Here are some of the popular people celebrating birthdays Jan 26, including, Angela Davis, Bob Uecker, Ellen DeGeneres, Lucinda Williams, Wayne Gretzky, Kirk Franklin, and more. 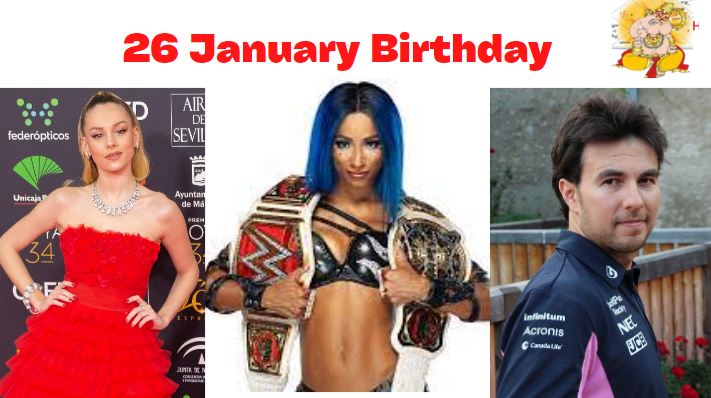 On This Day January 26

What Happened On This Day – January 26th,

Births On This Day, January 26

Deaths On This Day, January 26th 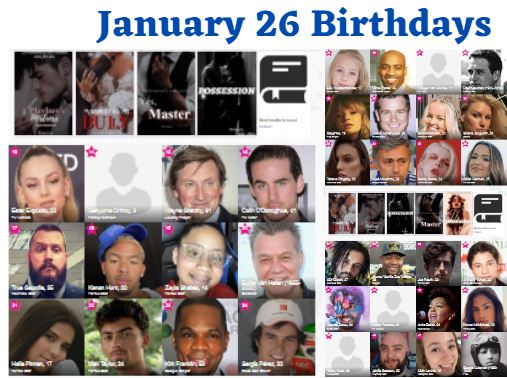 We have provided all information that are related to 26 January birthday born in terms of popular celebrities birthday, historical events, zodiac traits for the people born on this day.

Thanks for reading and sharing January 26 famous birthdays and historical events related.