HoroscopeView » 2 February Birthday & What is Special On this Day Feb 2?

2 February birthday – In this post, you will read all about the 2 February born famous personalities, celebrities and popular events.  In this article, you will get more information about Special days in February 2,  Ayn Rand Day, California Kiwifruit Day, Candlemas Day, Crepe Day, Feast of Candelaria
Groundhog Day and more.

Let’s ready to read all about 2nd February Birthdays & Why February 2 is a Special Day?

February 2 is the 33rd day of the Gregorian Calendar year. There are 332 days remaining until the end of the year (333 in leap years).  Let’s see more about 2 February birthday natives. Here are some of the popular people celebrating birthdays Feb 2, including,  Barry Diller, Christie Brinkley, Ina Garten, Shakira, Zosia Mamet, Graham Nash, and more. 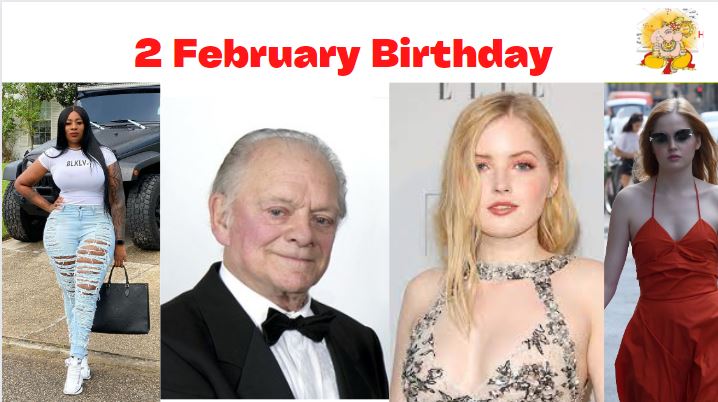 On This Day February 2

What Happened On This Day – 2nd February?

Births On This Day, February 2

Deaths On This Day, February 2, 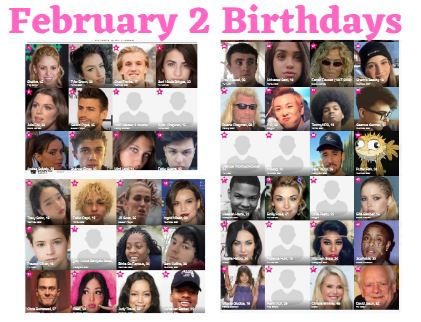 What is the zodiac sign for 2nd February Born?

We have provided all information that are related to 2 February birthday born in terms of popular celebrities birthday, historical events, zodiac traits for the people born on this day.

Thanks for reading and sharing February 2 famous birthdays and historical events related.