HoroscopeView » 1 January Birthdays & What is Special On this Day Jan 1?

Let’s ready to read all about 1st January Birthdays & Why January 1 is a Special Day?

January 1 or 1st January is the first day of the year in the Gregorian Calendar. There are 364 days remaining until the end of the year (365 in leap years). Here are some of the popular people celebrating birthdays Jan. 1 today, including including Christine Lagarde, Frederick Wiseman, Meryl Davis, Frank Langella, Morris Chestnut and more. 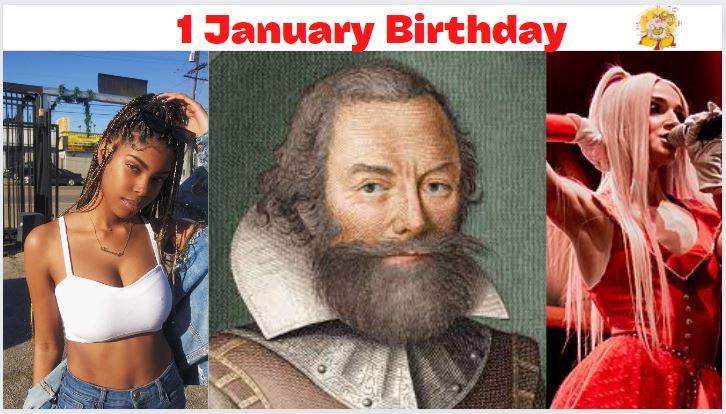 On this Day January 1

What Happened On This Day on January 1 are,

1999 – The Euro becomes the official currency in 11 countries.

1958 – The European Economic Community is founded

What is the zodiac for January 1?

We have provided all information that are related to January 1 birthday born in terms of popular celebrities birthday, historical events, zodiac traits for the people born on this day.

Thanks for reading and sharing January 1 famous birthdays and historical events related.